I’ve found there are 3 factors influencing whether a client will submit to a trial of psychotropic medication – or any medication for that matter. And though often expressed differently, it comes down to these:

Then, off they go – some are quite satisfied with the results they’re obtaining, while for others, the search for success becomes a labyrinth of options that can require the patience of Job to tolerate.

Some people however, won’t even begin the quest. I once thought this was just classic resistance, but over the ensuing years, I realized I was wrong. They’re not being resistant, instead, they’re making a decision that we ourselves might make if we believed what they believe about the circumstances at hand. Yes, occasionally, because of personality-related problems that render them oppositional, some people will refuse drugs, but that’s not the case with the vast majority of clients I see. They’re not being defiant; they genuinely believe that certain medications aren’t suitable for them. Some are right about this.

Take Bipolar Disorder as an example: That first bout of mania is often greeted by a lack of concern. So as I mentioned above, why would someone decide to begin taking a medication if they didn’t first believe something was wrong? The issue here is not with the patient; the issue is that the patient believes something that we don’t. So try to understand the client’s beliefs first and then just wait the situation out; none of us makes a key decision until we’ve adequately weighed the benefits versus the risks.

For those who do decide to take the medication plunge, investigate their beliefs also. Inquire as to how they’re doing on their current medication. You may not have to get very far before their body language tells you much of what you need to know. If it is apparent they’re pleased with their regimen, I find it best to just leave it alone – even if they’re not getting the best relief. Too often prescribers jump to make tweaks that do no more than muddy the waters. Less is more, if the patient is satisfied.

Approaching Side Effects
I’ll ask, “When you say you’re feeling less energetic, how is that impacting your everyday life?” I’m interested in how they feel, but I’m more interested in their thoughts and possible fears, because these will most likely cause them to abort their medication, not simply side effects. If it were just about side effects, who would ever embark upon a regimen of chemotherapy, or an experimental vaccine? Yet people do it every day.

Do I Still Need These Drugs?
Many patients of mine come to believe their medications have helped them, but as time marches on, they begin questioning their long-term viability. If their intent is to stop taking them, and they ask me about my thoughts on this, I always reply, “I’ll be very honest with you, I believe this is something we should work on together. So if your goal is to stop, I’m happy to pursue that, but we should begin tapering off slowly. Let’s also agree that you won’t stop this medication cold turkey, okay?” I want them to know that I’m an ally and that they’re able to stay well when off the medication, because the less medication, the better. But I routinely add my concerns about their condition returning, so I ask that they call me at the first hint of symptom return. On occasion, and particularly in situations where medication use is considered a mainstay for keeping symptoms at bay, I’ll say, “My fear is that your bipolar will come back, because unfortunately it tends to be a lifetime condition, so I’d strongly recommend you consider staying on your lithium.” I want them to know I’m not a “pill-pusher” but for some conditions, medication is vital.

Medication “Sensitivity”
This is the most common concern I hear. Usually when someone tells me they’re “sensitive” to medication, what they really mean is that they’ve previously experienced some benign side effects like mild nausea or stomach upset from medication use. This is when I’ll recommend starting out at one-half the customary initial dosing recommendation. (Example: For depression, beginning with 5mg of Prozac). “I believe this is a smart and safe way to start, given your history of sensitivity to other drugs. Okay if we start out at this very low dose?”

I’ve found that clients genuinely appreciate being able to air their concerns when it comes to medication – just listening can go a long way! 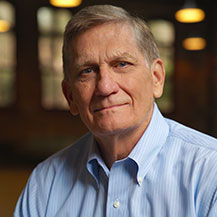 Page load link
We use cookies on our website to give you the most relevant experience by remembering your preferences and repeat visits. By clicking “Accept”, you consent to the use of ALL the cookies.
Cookie SettingsAccept
Manage consent

This website uses cookies to improve your experience while you navigate through the website. Out of these, the cookies that are categorized as necessary are stored on your browser as they are essential for the working of basic functionalities of the website. We also use third-party cookies that help us analyze and understand how you use this website. These cookies will be stored in your browser only with your consent. You also have the option to opt-out of these cookies. But opting out of some of these cookies may affect your browsing experience.
Necessary Always Enabled
Necessary cookies are absolutely essential for the website to function properly. These cookies ensure basic functionalities and security features of the website, anonymously.
Functional
Functional cookies help to perform certain functionalities like sharing the content of the website on social media platforms, collect feedbacks, and other third-party features.
Performance
Performance cookies are used to understand and analyze the key performance indexes of the website which helps in delivering a better user experience for the visitors.
Analytics
Analytical cookies are used to understand how visitors interact with the website. These cookies help provide information on metrics the number of visitors, bounce rate, traffic source, etc.
Advertisement
Advertisement cookies are used to provide visitors with relevant ads and marketing campaigns. These cookies track visitors across websites and collect information to provide customized ads.
Others
Other uncategorized cookies are those that are being analyzed and have not been classified into a category as yet.
SAVE & ACCEPT
Powered by